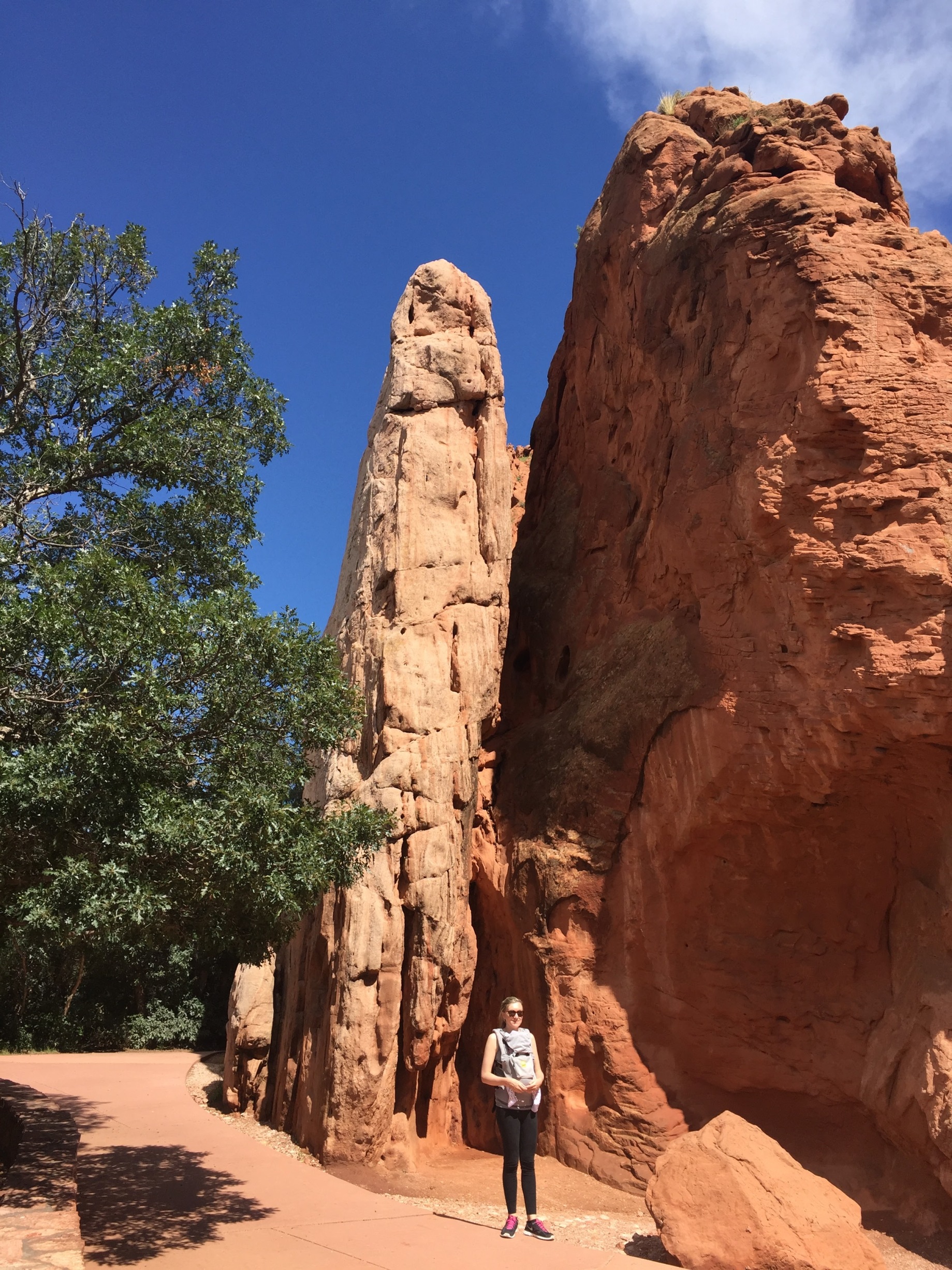 Before we get to the end of the year I need to catch up on all the things I haven’t managed to record yet. So, taking a break from Christmas, we’ll start with our holiday to Colorado in August!

We flew to Denver on a fairly uneventful flight, picked up a hire car and drove to downtown Denver to explore. Unfortunately we accidentally walked about 20 blocks in the wrong direction and had to spend most of our short time there walking back the way we came until we found the area we wanted…if we had just turned right out of the car park instead of left! We did manage to eat brunch at a cool little cafe called Jelly. We indulged in mocha pancakes, breakfast sliders and mini salted caramel doughnuts. 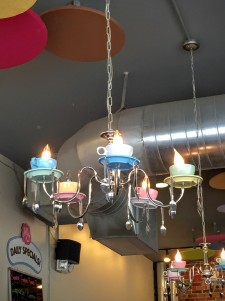 We stayed in Colorado Springs in a nice little house. There was a lovely coffee shop a few streets away and it was nice to get coffee from there some mornings for our breakfast. It was also very useful to have a kitchen on holiday so we could eat after Flossie had gone to bed.

We made a trip to Garden of the Gods and managed to walk all around just before the thunder rolled in. This is a great place to visit with a baby. Easy, paved paths, interesting huge rock formations to look at. Very good for photos and would be fun for exploring with older kids. 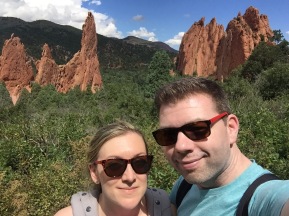 Our favourite place to visit was  Boulder. We actually stayed there on our last night as it was a bit far to keep driving in the car.  It had a lovely, long pedestrian street to explore. Lots of independent shops and restaurants. It also had a nice walk along the creek. Unfortunately, we didn’t see anybody tubing down the river, maybe it was the wrong time of year? 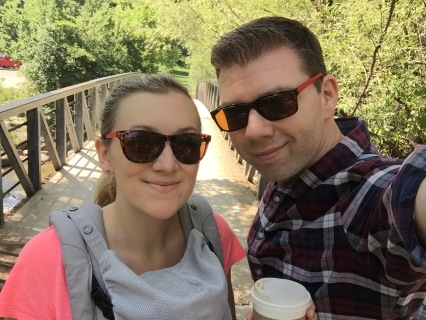 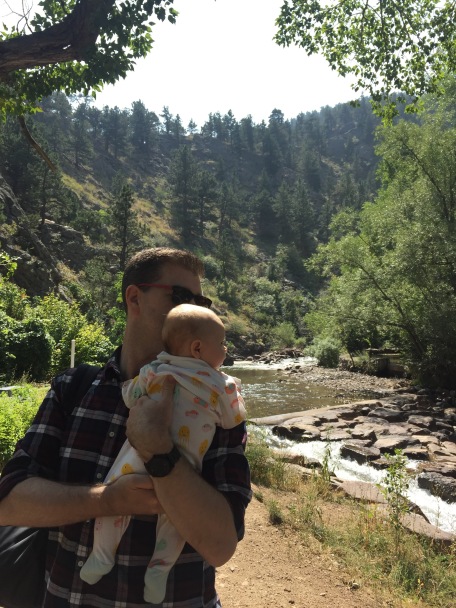 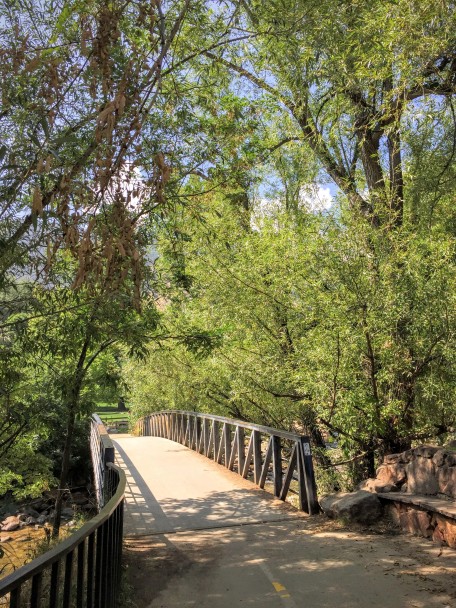 We found two lovely bakeries in Boulder. Tee & Cakes had a huge selection of interesting cupcake flavours. The cupcake we tried was full of lemon flavour and had sweet coconut icing. 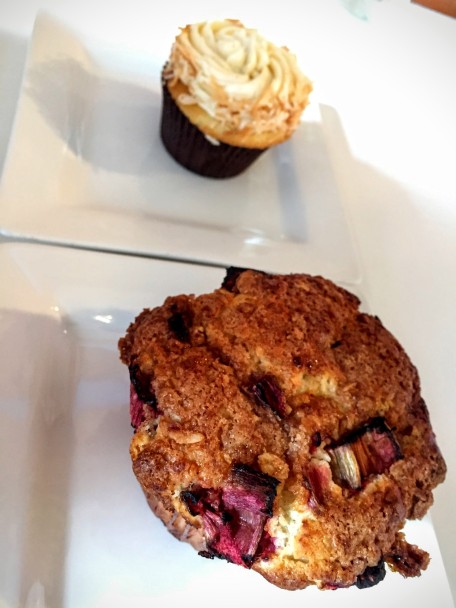 We also found (thanks to Instagram) Boulder Baked. You choose your cookie flavour from a list of around 20 and they freshly bake it while you wait. You need to have a bit of patience but are rewarded with a fresh out of the oven cookie, an interesting concept for a cafe! The salted caramel cupcake that we tried from there was absolutely delicious and it was unfortunate that they don’t open until 4pm or else we would have popped in on our way to the airport on the morning we left to get a second one!

We were planning on going into the Rocky Mountains but the weather and timings with Flossie didn’t quite work out. Always a good excuse to go back again one day!

The flight home was a bit more stressful. Flossie threw up all over my shoes just as I was taking them off to go through security, which was tricky as our bags with the cloths/tissues etc were already on their way through the x-ray machine. After we passed through the metal detector they swabbed my hands as I was carrying Flossie and my hands tested positive for explosives?!! Huge big red flashing computer screen and alarm….I thought the TSA man was joking at first as Flossie had just been “explosively” sick…turns out he wasn’t! They had to do extra searches and swab all my bags which to be honest was terrifying as I didn’t know what they were looking for or what I’d done! They weren’t horrible about it but obviously it’s a very serious job so they didn’t exactly put me at ease! Turns out (thanks to some googling) that hand creams can contain a chemical which flags up on the tests…won’t moisturise my hands before a flight again!! We were pretty flustered and only just made our flight. Chris took Flossie’s car seat onboard and we boarded last. As I was boarding, the air hostess told me, “sorry, this is a peanut free flight”.  I started to explain that I didn’t have any peanuts…then I realized she was making a joke about wanting me to leave Flossie (the peanut) behind! Boy, oh boy….that one went right over my head in my bewildered state! I think she thought I was crazy from the response and look I gave her! So after all of that excitement, Momma had to work extra hard to keep Flossie asleep on that journey….maybe our flying days are over? Driving to California looks a lot more appealing now!